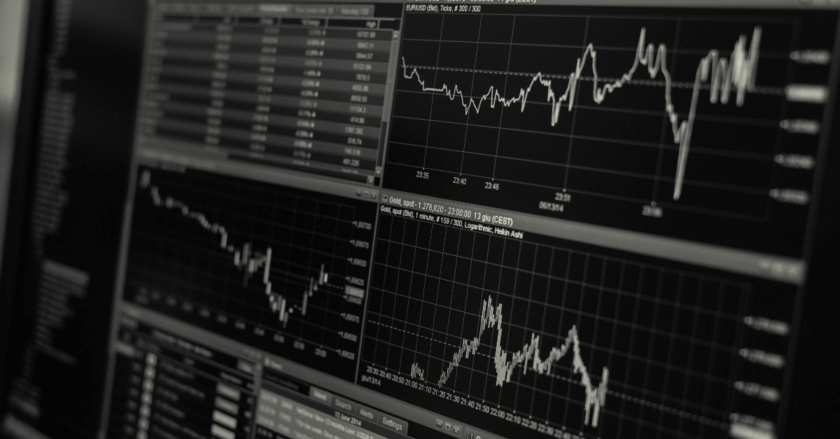 1. Accept the possibility of losing your money as an inevitable fact. Every beginner trader should be aware that no one is safe from losses in the currency market. The basic rule of online currency trading is to keep the profit above the losses.

2. Bid only with a carefully thought up out plan. Before you start trading, you should determine how much of your own money you are willing to risk and what profit you expect. This will be your balance of risk and profit. Successful traders never enter trades without a clear goal.

5. Do not let greed take over. When bidding begins successfully, traders often forget about the previously set goals, hoping for the same successful continuation. However, the market is very volatile and trends may quickly end. Once the target price is reached, immediately withdraw the profit or raise the stop-price to avoid losses.

6. Effect of news on the trades. The increase in trading volume caused by a much-publicized event leads to the movement of prices, which is sufficient to ensure that traders use to their advantage short and rapid changes on the market. Inexperienced traders often aim for one trading transaction per day, which would make considerable profit.

7. Do not have illusions. If an open position is getting worse, do not stay on the market in the hope of the trend turning in the direction that is favorable for you. Immediately leave the market.

8. Remove emotions. The cause of losses often lies in excessive emotionality. Turn off emotions during transactions. Stick to your plan and do not forget to set stop loss orders.

9. Trend is your friend. Trade along the direction of the trend and your profits will grow.

1. Do not hurry. Beginner traders often start several trades, and then notice that they are not able to monitor them all. You can make profit in Forex when the exchange rate is going up and when it is falling. Successful earning is only possible for one currency pair. Therefore, first focus on one currency pair and get to the others gradually.

2. Remember the stop order. A frequent cause of losses is wrong money management. To prevent huge losses, you must use a stop order.

3. Trading system. Every trader has a trading system, which they adjust to their liking. Some traders prefer a system of trading once a day, other are attracted by longer periods. The idea is stick to the original plan of trading. Several unsuccessful trades may not always indicate your system is unprofitable.

4. Take you profit using orders. A common mistake of beginners is early closing of trades. Do not step away from your online forex trading plan. This will prevent you losing potential profit.

6. Frequent entrances. Frequent entries into the market are not bad, but if you use them inaptly, you can quickly go bankrupt. The strategy is that the trader with a negative position value increases its size, assuming that the market will return to its former condition and all positions will be closed with a profit. However, if the exchange rate goes far away from the previous level, the losses will be huge, so you had better just buy and hold.

7. Pre-planning. Do not enter the market only because prices are sharply rising or falling. Plan ahead for how you will bid. Have a clear goal of your entry, the exchange rate for profit taking order and the moment to stop.

8. Do not lose the investments. You should know how to save the money you earned. Quickly close the losing positions and keep open the profitable ones.

9. Momentum and trend. Beginner traders often do not realize that with the emergence of a new trend,  momentum is growing. New traders create a strong impulse as they join other trades on the market when the trend is growing. Trade when the momentum is in your favor. It will push your trades in the right direction and you will reach the point of profit taking even faster than you expected.

10. Do not devote too much time to unprofitable trades. If you see that the opened position is loss-making, the best solution would be to close it and move on to another, thus minimizing your losses. The currency market is full of bargains, so there is no use wasting time on unprofitable trades.

Ready to learn more? Check out these top tips for beginner traders.