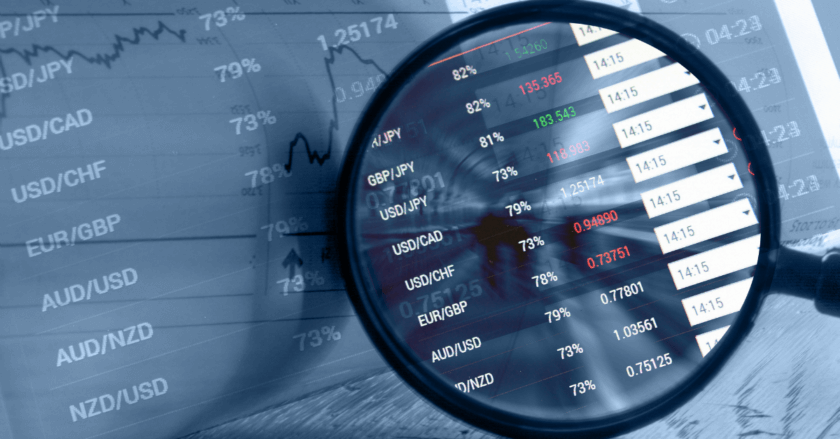 Forex trading is essentially the buying of one currency and the simultaneous selling of another. Therefore when trading currency pairs we will always see them quoted in pairs.

When placing a trade we are speculating on which currency we believe will become stronger or weaker against the other with the goal of making a profit from the exchange rate movement.

If we believe the EURO will weaken against the US Dollar we will sell the pair i.e. we are selling EURO and simultaneously buying US DOLLARS.

Major currency pairs all contain the US Dollar on one side – either on the base side or quote side. They are the most frequently traded pairs in the FOREX market. The majors generally have the lowest spread and are the most liquid. The EUR/USD is the most traded pair with a daily trade volume of nearly 30% of the entire FX market.

Currency pairs that do not contain the US Dollar are known as cross-currency pairs or simply “crosses”. Historically, if we wanted to convert a currency, we would have had to first convert the currency into US dollars and then into the currency which we desired.

With the introduction of currency crosses we no longer have to do this tedious calculation as all brokers now offer the direct exchange rates. The most active crosses are derived from the three major non-US dollar currencies (the Euro, the UK Pound and Yen).  These currency pairs are also known as minors.

Exotic currency pairs are made up of a major currency paired with the currency of an emerging or a strong but smaller economy from a global perspective such as Hong Kong or Singapore and European countries outside of the Euro Zone.

Let’s look at an example:

In this case the Pound Sterling is the base currency and the Japanese Yen is the quote currency.
Therefore: £ 1 = ¥ 149.50

However when we are trading financial instruments such as currencies we are offered two slightly different prices.

2. The bid price is the best available price at which we can sell to the market.

3. The ask price is the best available price at which we can buy from the market.

The difference between the two prices is what we call the spread and this is how our broker generates revenue. It is the cost of placing a trade.

In this case we can see the EURUSD has a bid price of 1.31819 and an ask price of 1.31849. The difference between the two is 0.0003 or what we call three pips. In our next article we will discuss the calculation and importance of understanding pips and pip values.